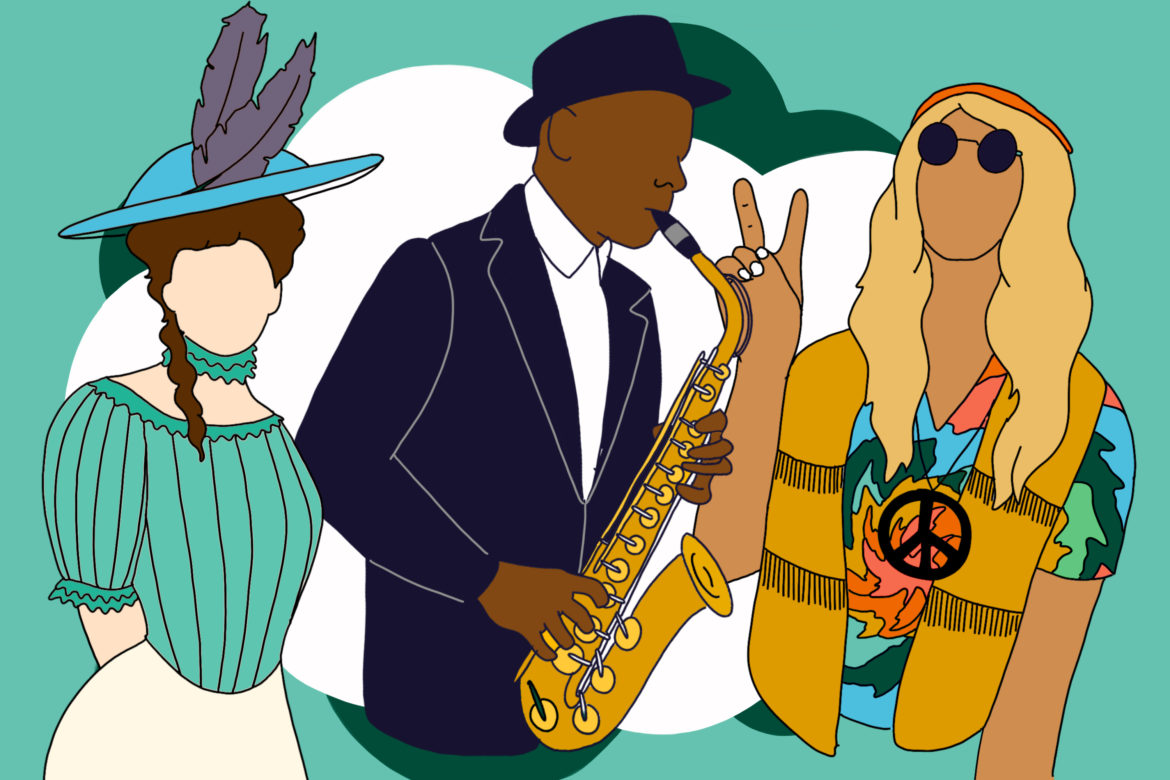 Marijuana’s history in the U.S. is complicated. Colorado Public Radio reporter Ann Marie Awad explains how cannabis became illegal — and how we got from there to the kickstart of the modern legalization movement. If nothing else, listen just to hear the phrase “jazz cigarettes.”

Ann Marie Awad: From Colorado public radio and PRX, this is On Something.

Ann Marie Awad: One of the first things I did when I came to Colorado as I, you know, found my apartment, I got all the grownup stuff out of the way, I got my utilities turned on and everything, and then I went and found a dispensary.

I walk in. It smells a lot like weed, and do you know the ID me, they let me in the back, and then they’re like, “All right, what do you want?” And I said, “I don’t know. I just came in here cause I was curious.” And so I bought an eight that day. I also learned what an eighth is. It’s an eighth of an ounce, and they were really nice. They sent me out the door [inaudible 00:00:56] free rolling papers and a free lighter, and they said, “Welcome to Colorado.”

That is night and day from pretty much every other marijuana experience I had ever had before coming to Colorado. I had had all these weird experiences with people handing me stuff that I didn’t know what it was. I’d take a hit or I’d breakout in a cold sweat and stop moving or I’d stopped talking to people. I’d be at a party. I’d be having a fabulous time, but I’d be mute, and everybody’s checking in with me.

Ann Marie Awad: By the way, I’m Ann Marie Awad. I’m from Colorado Public Radio.
Speaker 2: Oh, nice to meet you. Heck yeah.
Ann Marie Awad: But the beauty of dispensaries is I can walk in, I can get my eighth and not have to worry about it.
I was going to ask if you have some specials, so can you take me through what’s happening here?
Speaker 2: Most definitely.
Ann Marie Awad: Okay.
Speaker 2: This is our wellness center, is what we like to call it. It’s more of our CBD, topicals, tinctures, stuff like that.
Ann Marie Awad: All right, I’m going to be real. I didn’t come in here for wellness.
Speaker 2: All right, so that’s..
Ann Marie Awad: It’s 2019, and here I am buying something that in a bunch of other states and to the federal government is illegal.
Speaker 2: $60 today. That’s going to be $5.86 cents coming back at you.
Ann Marie Awad: Which is why I got to pay in cash. Here’s one of the quirks about living in a legal weed state: Federal regulations stop you from putting that eighth on your credit card, because, all in all, the legal lay of the land is murky.
Ann Marie Awad: First of all, say I take this weed and I drive like two hours north to Wyoming. Whoops. Now I’m committing a crime. Now, if I take it home and I roll a joint while watching Grace and Frankie perfectly legal because I live in Colorado. You get the picture.